Bodrum/Milas airport (BJV) has flights arriving from various UK airports including Gatwick, Cardiff, Birmingham, Manchester, Edinburgh and Newcastle. Also from Düsseldorf and many other places. Most charter flights to Bodrum from the UK are on a Monday - this is why we start all our courses on Tuesdays. Tickets (May - October) are between £171 and £198 return as a rough guideline. At the last check for September the range was £179 - £379.  For early September Easyjet was more expensive than Turkish Airlines, and that's without any baggage or meals included! The least expensive that we have found recently are on Thomas Cook or Pegasus. There is a great variation of price throughout the season so booking early is advised. Turkish Airlines fly twice daily to Bodrum changing at Istanbul.

Most nationalities need a VISA for entry to Turkey. Since April 10th 2014 a system of e-visas has been introduced which has virtually replaced the old system of getting the visa on arrival. Now you buy it online at the cost equivalent of $20.

Here is the link to the relevant website: www.evisa.gov.tr/en/

It is still possible to get the visa from a desk near passport control on arrival, but it costs more and it means queuing up twice.

Also, beware of agents selling Turkish visas on their sites! Only use the official one above or you may end up paying far more than necessary. 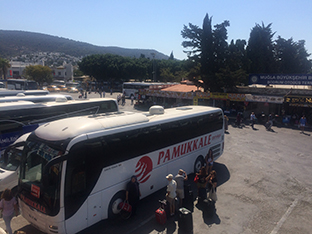 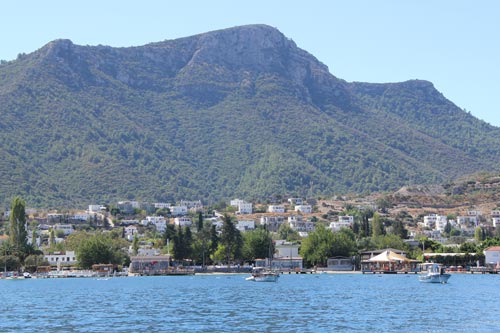 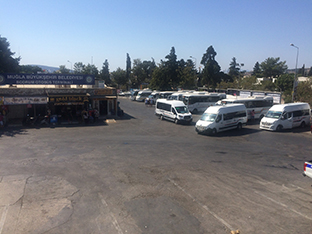 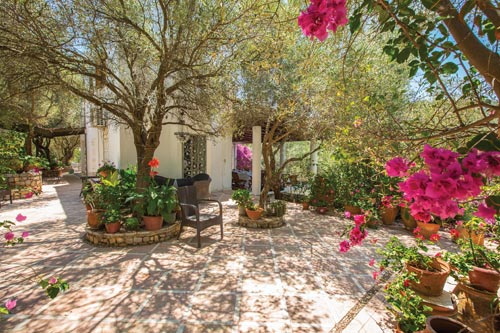 From Bodrum/Milas airport to Gölköy is about 45 minutes by road. A safe and reliable taxi service runs from the airport at any hour. Taxis now run according to their meter and there is no longer a fixed price. However, the cost still turns out at about 150TL (£19.30 or €22.50).  Either show the map or say the name of the village and hotel. We always try to organize people to share a taxi with other course participants.

The Babana hotel is also keen to organise a transfer from airport to hotel at less than the taxi rate.

During the daytime there is a ‘Havas’, or 'Muttas' airport bus service which meets Turkish Airlines and Pegasus flights and takes you into Bodrum (17.50TL is about £2.30 or €2.65). Then you would take a minibus to Gölköy (4.50TL: £0.60, or €0.70). If your flight is on Turkish Airlines or Pegasus or coincides roughly with one of their flights you can take this bus.

The current bank exchange rate is 7.70 YTL per pound sterling, 6.60 per Euro (the tourist rate is a bit less). There are several cash machines at the airport, but they are outside the domestic terminal. There are 5 cash machines in Gölköy and many in Türkbükü. Now there is also a bank in Gölköy where you can change money. In Bodrum banks are open till 5.30 and exchange offices (Döviz) are open till late in the peak season. Taxi drivers are happy to take foreign currency as well as Turkish money. 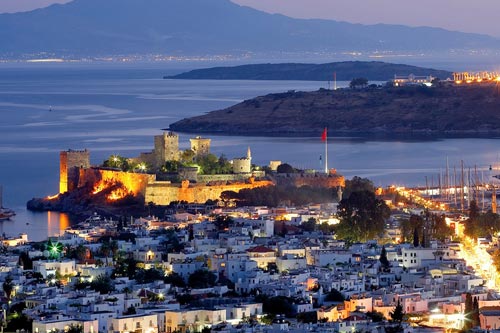 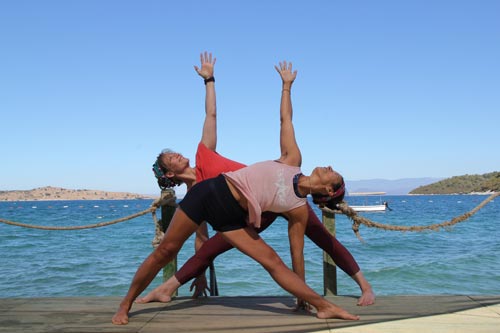 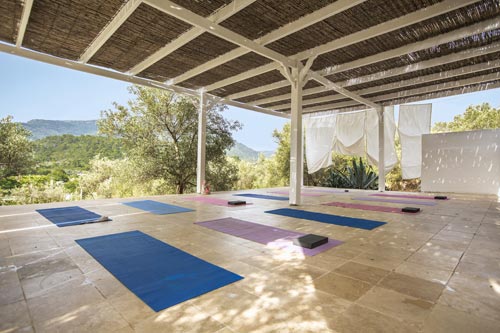